Tampa, Florida An exciting city to visit, with many great attractions and restaurants

Tampa, Florida is an exciting city to visit with its many great attractions, beaches, golf courses and restaurants. It is the business hub of the west coast of Florida, and is well worth a stop. Tampa has an impressive cultural infrastructure that is envied by many larger rival cities. There some fine museums and award-winning gourmet restaurants that serve everything from fresh seafood to the South’s top craft beer.

Things to Do & Attractions in Tampa

Aside from the many sports and tours, there are plenty of ways to be entertained while you’re in town. The theatrical offerings here are quite impressive, ranging from musicals and family-friendly performances to stand-up comedy. Venues like Carol Morsani Hall and The Straz Center always have something interesting on the stage.

A popular Tampa area attraction is Busch Gardens, which is both a theme park with thrilling rides and zoo with many animals from around the world. 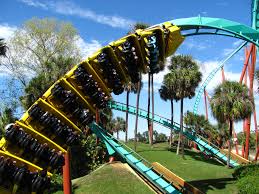 Tampa has a large Cuban-influence, especially in Ybor City, which is just northeast of the city center. It is the the areas hippest and most culturally eclectic quarter.

One of the nations best zoos Lowry Park Zoo, which has an amazing elephant exhibit is located in Tampa. It is definitely a must see stop if you are in the area. The Florida Aquarium is another gem with it’s large number marine animals and beautiful exhibits.

MLB Spring Training is big draw to the area, as the New York Yankees have there spring training stadium, George M. Steinbrenner Field, located in Tampa.

One of the few Casinos in Florida is located in Tampa, Seminole Hard Rock Hotel & Casino, which boasts a resort style hotel.

The Port of Tampa is a busy port where you can take a cruise to many destinations, including the Florida Keys and Caribbean.

Tampa is close to many incredible beaches. Being situated near the Gulf of Mexico, on the west coast of Pinellas County you’ll find ten barrier Islands. Two beach destinations, St. Petersburg and Clearwater, have some top rated beaches in the world. There are also natural islands that are connected together by a stretch of road called the Gulf Boulevard. For the best photo opportunities in the Tampa area, head to spots like Sand Key Park or the Redington Long Pier. Click here learn about all of the area beaches.

There are a number of State parks in the area. One of the most amazing parks is Fort Desoto, where you can visit the fort and take a ferry over to Egmont Key island to see the lighthouse and spend time on the beach.

The Tampa area is know for having some the best golf courses in Florida and the world.

The Sunshine Skyway Bridge is an amazing architectural design that many visitors stop to photograph on their travels. You stop and walk along the fishing piers located on both ends of the bridge.

Just outside of the city there are a lot of great places to visit.  Take a trip over to the Sponge Docks in Tarpon Springs, which is a Greek settlement with amazing Greek restaurants. You can take ride on a working sponge boat and how the divers gather the sponges that they sell in the nearby shops.

More than just a beach city, Tampa is also a haven for art, culture, and loads of live entertainment. The diverse group of neighborhoods in this west Florida city represent the full spectrum of tourism quite well. Whether you want to keep your toes in the tide or stick to drier land, there is a neighborhood in Tampa serving up just the right type of vacation venue.
Downtown — The downtown district is the heartbeat of Tampa’s cultural scene, with contemporary art museums, ethnic eateries, and cultural festivals all a major part of the landscape here. You can also enjoy plenty of fine dining downtown, or marvel at the skyline.
Hyde Park — This neighborhood holds a lot of history, and it also possess some of the most fun things to do in Tampa. Take a run along the world’s longest sidewalk, which just happens to flank the Hillsborough Bay. Spend some cash at a vintage clothing shop, or have a few sips at a wine bar.
SoHo — Visit South Howard Avenue, more commonly called SoHo, within Hyde Park when the sun goes down. This lively neighborhood is known as an entertainment district above all else, teeming with dance clubs and live-music venues.
Southshore — Southshore offers something for land lubbers and seafarers alike. This is where Tampa and the Gulf of Mexico meet, so you can get on the water with a boat charter or enjoy a fine lobster dinner on the shore.

The best things to do in Tampa, FL also extend to the northern boundary, which contains many of the top amusement parks in Tampa.

Tampa began as a small settlement in the 1820s, when an Army base was opened there to keep an eye on the Seminole Indians. In the 1880’s they built a railroad along the Hillsborough River and it was dredged to allow seagoing vessels to dock. This allowed Tampa to became a booming economy along with being a major port on the Gulf of Mexico. Tobacco became on of it’s major industries as thousands of Cubans moved north from Key West to the new cigar factories being built in the neighboring Ybor City. The Depression ended Tampa’s economic surge, but the port remained one of the busiest in the country and that tempered Tampa’s postwar decline. Today, there is little that seems to stand in the way of Tampa’s continued emergence as a forward-thinking and financially secure community.

A Wonderful day at Disney World’s Epcot Center Disney World is now having a special rate for Florida residents. They are now offering a three day “Wild Pass” for $99 plus tax.  I...

Cape St. George Lighthouse is listed as Florida’s most endangered and leaning lighthouse

The Zoo has something for everyone with more than 2,000 rare and exotic animals and 1,000 varieties of plants